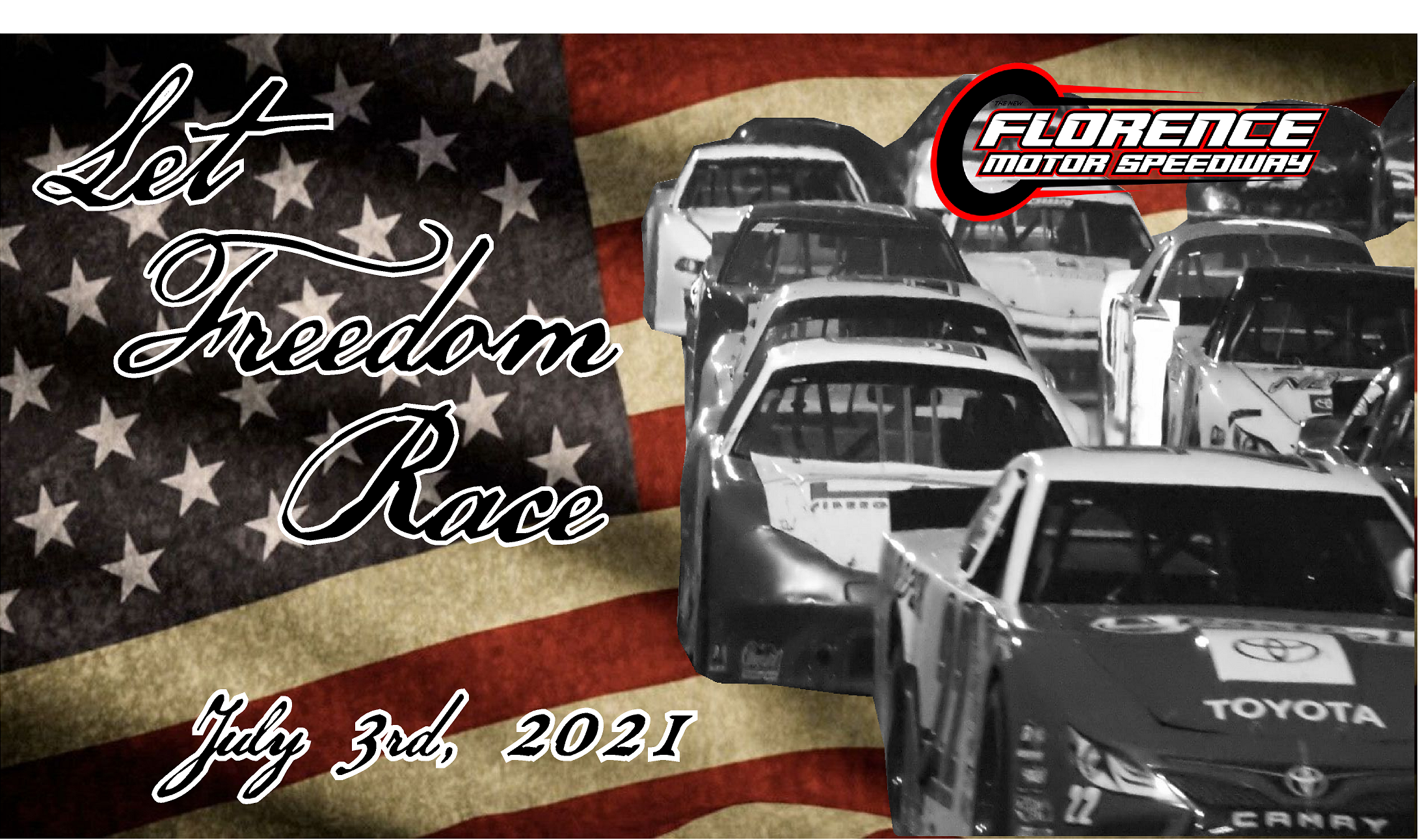 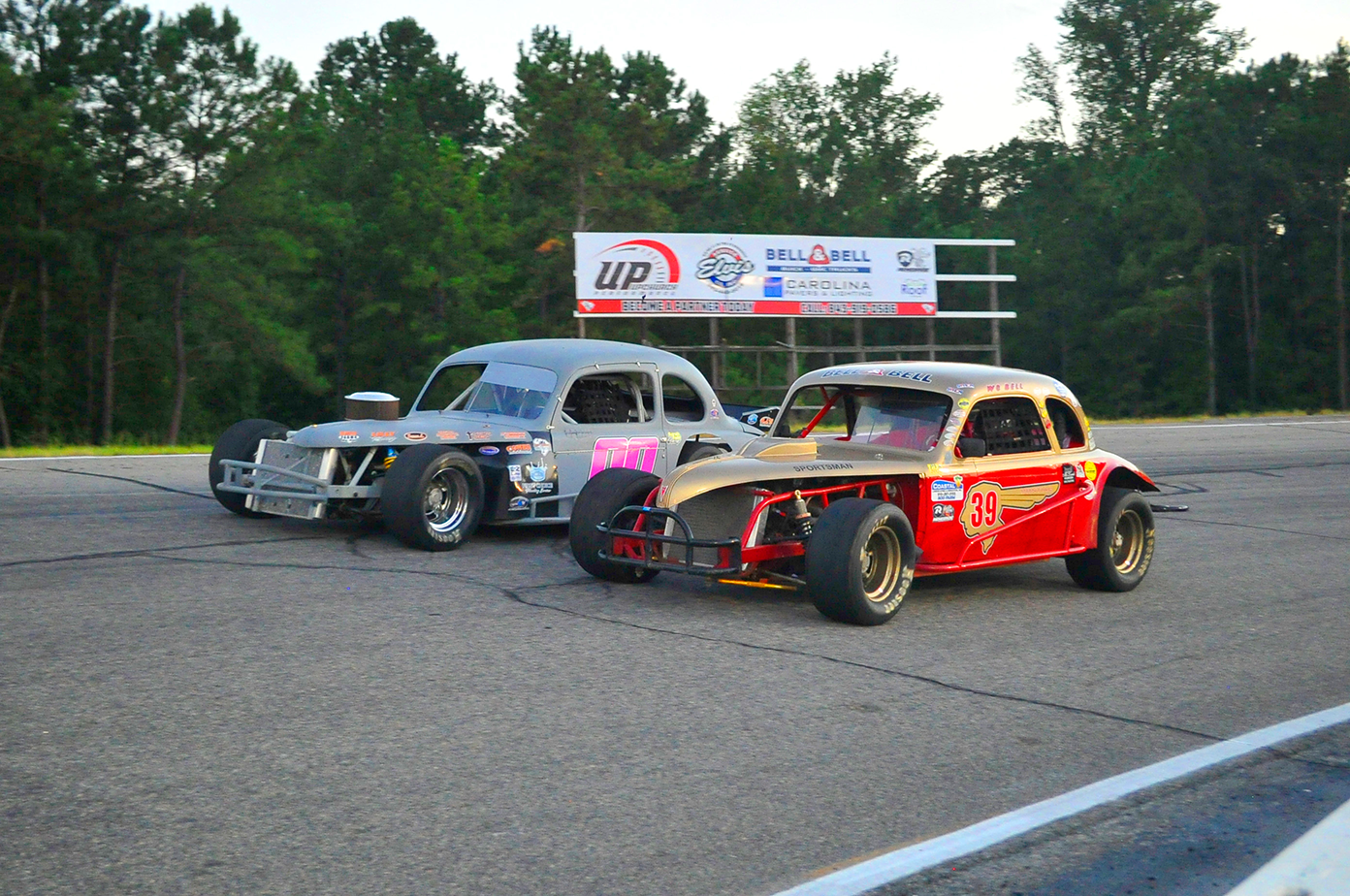 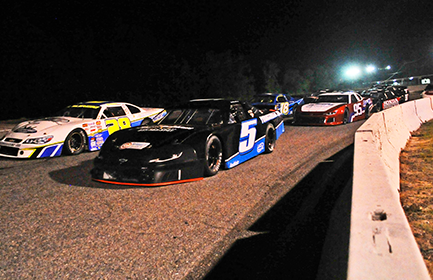 Zack Miracle qualified on the pole with a lap of 82.536 miles per hour, but would lose the lead to Jeremy McDowell at the drop of the green flag.  McDowell led until his car slowed on a lap 23 restart following a caution for Janson Marchbanks’ Chevy stalling in turn three.  With McDowell’s problems, Glenski assumed the lead before the field was slowed on lap 30 when Anthony Adams’ machine went over the turn one embankment.

Travis Truett had a strong top five run going until he spun entering turn one with 27 laps to go.  Likewise, Casey Kelley was running in the top five when he was sent spinning by Jamie Weatherford with 13 laps to go.

The tension level would raise up a notch on the restart as Glenski and Matt Cox battled for the lead into turn one.  Glenski’s car went wide exiting turn two, briefly going off the pavement on the backstretch and then nearly spinning through turns three and four.  Luckily for Glenski, the caution waved for a spin off the track in turn three by Kade Brown, handing the lead back to Glenski for the final restart.  Glenski led the rest of the way for his first Late Model Stock win of the season over Cox, Adams, Justin Hicks and Marchbanks.  Rounding out the top 10 were RA Brown, Truett, K. Brown, Austin Somero, and Jessica Cann.

After starting 7th, veteran racer Gus Dean made his way through the field, taking the lead late in the going from Leland Honeyman and leading the rest of the way for his first career Carolina Pro Late Model Series win.  Tovia Grynewicz started on the pole and led the first 35 laps before surrendering the top spot to Honeyman.  The 100-lap race went caution-free as Dean sped to the checkered over Nick Loden, Honeyman, William Sawalich, and Grynewicz.

Denver, NC’s Clint King got the best of Adam McCumbee on a restart with 13 laps to go and held on to take the checkered flag for his first SuperTruck win of the year.  Despite a bump from Jody Measamer on lap three, McCumbee managed to lead all but one lap prior to King taking advantage on lap 27.  Early on, Cody Kelley’s top five run ended after contact with Measamer sent Kelley into the outside wall on the front stretch.  Strom Altman made several runs into the top five but spun down the backstretch to set up the restart that propelled King to the win.  Following King and McCumbee at the finish line were Measamer, Lucas Williams, and Remington Prince.

Averitt Lucas led flag-to-flag from the pole to take a dominating win in the Chargers division.  Rounding out the top five were Bobby Tumbleston, III, Brian Owens, Shae Lane, and Corey Weatherford.

Justin Snow was the winner in the Carolina Pro 602 Modified feature, while Drake Williamson took his third Allison Legacy Series win of the year.

The next race at Florence Motor Speedway will be Local Business Appreciation Night on Saturday night, May 22nd, featuring the the NASCAR Advance Auto Parts Weekly Series Late Model Stocks, Chargers, SuperTrucks, Mini Stocks, Vintage Cars Thunder & Lightening, Allison Legacy Series, and Southeast Limited Junior Elites.  Be sure to “Like” Florence Motor Speedway on Facebook, follow @FlorenceMSpdwy on Twitter to keep up on all that’s going on in 2021, visit fmspeedway.com. or watch all the action live each week on fmspeedway.tv.